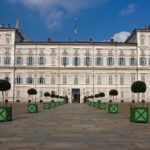 The visit includes the main floor of the Royal Palace which winds from the antechambers to the throne room and from the council hall to the ballroom. On the same level there is the Royal Armory: a huge collection commissioned by King Carlo Alberto. Located in the Beaumont Gallery, it offers weapons and armours from the Roman period to the twentieth century. Noteworthy piece: the Sword of San Maurizio, patron saint of the House of Savoy.

Between the Swiss Salon and the Sabauda Gallery there is the Holy Shroud Chapel, the absolute Baroque masterpiece of the architect Guarino Guarini, reopened after a long restoration due to the fire of 1997.

The 2 hour visit includes the Royal Palace, the Armory and the Holy Shroud Chapel.

The visit of the Sabauda Gallery alone is about 2 hours. 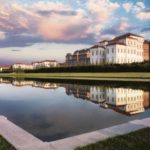 Hunting Palace of Venaria and its gardens

The Hunting Palace of Venaria reopened in October 2007, after a restoration of about 11 years. The itinerary unfolds in about 35 rooms ranging from the basement, to the seventeenth-century heart of the Palace, designed by the architect Amedeo di Castellamonte, from the eighteenth-century apartments with the famous “Great Gallery”, known as Diana Gallery, to the church of Sant’Uberto by the architect Filippo Juvarra. The palace is a museum of the history of the Savoy dynasty. The gardens are worth the trip! The visit of the Palace + gardens is about 3 hours.

Possibility to add the visit of a temporary exhibition. 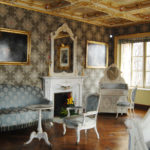 Immersed in the Regional Park known as “Mandria”, Borgo Castello, or Mandria Castle, was the private residence of Vittorio Emanuele II and his morganatic wife Rosa Vercellana, called the “Bela Rosin”. The royal apartments are furnished according to the taste of the couple. The visit of the apartments is about 2 hours. 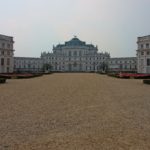 Masterpiece of the XVIII century projected by the architect Filippo Juvarra from Messina. Highlights of the Palace are: the East Apartments, the Central Hall and the Equerries’ Hall. In 1919 the complex was chosen as the seat of the National Museum of Artistic Furniture. The collection of masterpieces by Piedmontese cabinet-makers is impressive. Visit of about 2 hours. 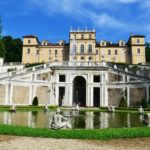 Splendid baroque residence on the Turin hillside. In addition to the apartments, the visit includes a walk in the Italian gardens overlooking the city of Turin. The harvest of the vineyard of the villa  produces an excellent red wine, “Freisa di Chieri DOC”. Visit of about 2 hours.

This residence, belonging to the Carignano branch of the Savoy family, contains all of the original furnishings, paintings and other varied objects. The tour starts in the nineteenth-century kitchens and proceeds to the apartments of the princes and the first floor. On the second floor are the private apartments.

For internal reasons, some rooms are sometimes closed to the public. 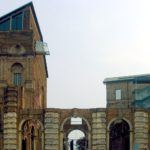 The Castle has medieval origins, but destroyed by French troops it was redesigned by Carlo di Castellamonte in the 17th century. Once again set on fire by French troops, its restoration was commissioned by Vittorio Amedeo II to the court architect Filippo Juvarra, but the project was never completed. In 1984 the Museum of Contemporary Art was inaugurated inside. Visit of about 2 hours .

This palace belonged to the noble family of San Martino and became the property of the Savoys in 1764.

Favourite residence of the couple King Carlo Felice and Queen Maria Teresa, the castle was renovated by nineteenth-century royal architects. The garden near the castle still retains the typical layout of the Italian garden, while the park to the west was radically transformed in the 19th century, according to the English garden style. Visit of about 2 hours. 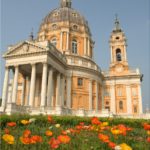 The basilica of Superga stands on the hill of the same name at an altitude of 672 meters. Undisputed masterpiece of the architect Filippo Juvara, it celebrates both the victory of the battle of Turin in 1706 and the Savoy dynasty. Entrance to the Basilica is free. Admission by ticket to the Savoy tombs, apartments dome. Superga is also known for the Grande Torino tragedy. On May 4, 1949, the plane that brought the Grande Torino football team home crashed into the Superga hill. Behind the Basilica, at the accident site, there is a memorial. The ascent to Superga can be done by private bus or by  rack tramway . The time needed to reach the Basilica, make the visit and return to the city centre ranges from 3 to 4 hours.