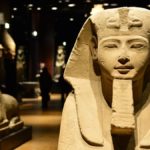 It is the oldest museum completely dedicated to the Egyptian culture and is the second in importance after Cairo. It was completely renewed in 2015.

One of its most impressive displays is the tomb of the architect Kha and his wife Merit and the Royal Papyrus. 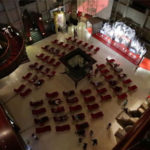 It is among the most important in the world for the richness of its collection and the multiplicity of its activities. The National Cinema Museum is located inside the Mole Antonelliana, which is the symbol of the city of Turin and it is divided into different sectors ranging from the rich collection of objects put together by Maria Adriana Prolo at the interactive setting of François Confino. 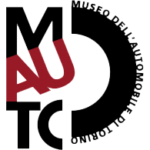 The National Car Museum of Turin boasts one of the rarest and most interesting collections of its kind, with over 200 original cars of 80 brands from all over the world. The oldest part of the collection is linked to the history of its founder, Carlo Biscaretti di Ruffia, who collected cars, chassis and engines with enthusiasm and determination. The cars on display represent creativity, technical excellence and manufacturing knowledge but equally important are the stories related to each piece of the collection or to each protagonist of a historical, sporting, social or custom conquest: the exhibition itinerary revisits the continuous evolution of the car, telling projects carried out successfully (or ended with a failure), the result of the great passion for progress that pushed manufacturers, entrepreneurs and drivers to focus on the symbol of the twentieth century. 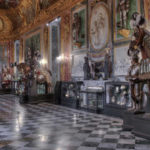 Located inside Palazzo Madama, it reopened to the public in 2006, after 19 years of closure. The museum is divided into sectors: underground floor: medieval lapidary; ground floor: Gothic and Renaissance; first floor: the baroque; second floor: decorative arts. Among the masterpieces: “Portrait of a Man” by Antonello da Messina, “The Assumption” by Orazio Gentileschi, the Medieval Illuminated Codex “Les Très Belles Heures de Notre Dame” by Jean de Berry. From the medieval tower you can enjoy a panorama of the city.

Located in the wing of San Giovanni (Palazzo Reale) it shows rich Roman artefacts found in Turin and finds from the Neolithic to the Middle Ages discovered in the Piedmont area. The museum is completed by some collections: Cypriot, Etruscan, Greek.

It is one of the most important Italian art galleries and displays the art collections gathered by the House of Savoy.  About 500 works by Italian, Dutch, Flemish and European artists are displayed in a chronological period from the fourteenth to the twentieth century. A part of the museum is dedicated to the rich collection that belonged to an Italian entrepreneur: Riccardo Gualino .

National Museum of the Italian “Risorgimento”

The word “Risorgimento” means the period that led to the unification of Italy, from the Napoleonic period to the First World War. The main attraction is the Chamber of Deputies of the Piedmont Parliament.

The visit offers the story of those who gave their lives to free Italy from German occupation. It is possible to visit several cellblocks: female cells, the German cells, where antifascists and Jews were imprisoned during the Second World War , the centre tower, the cells of those sentenced to death, the cubicles and an air-raid shelter at 18 meters underground. 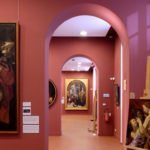 Picture-Gallery of the Albertina Academy

The art gallery houses the paintings from the collection of the Archbishop of Casale, Vincenzo Maria Mossi di Morano. The collection of painting is important: paintings dating from the 15th and 16th centuries from the Florentine and Piedmontese schools; Flemish painters, painters of the school of Caravaggio, Italians of the seventeenth century and landscape painters of the seventeenth and eighteenth centuries. In the collections 59 cartoons by Gaudenzio Ferrari, one of the richest collections of 16th century drawings in the world. 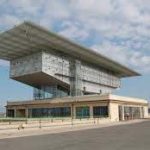 Opened in 2002, the Pinacoteca is a “gift” that Giovanni and Marella Agnelli wanted to make to the city of Turin, entrusting a part of the family collection to a foundation that bears their name and that manages theirs activities. The Pinacoteca is located in the Lingotto, a magnificent example of industrial architecture redesigned by the architect Renzo Piano and houses works by artists ranging from Canaletto to Canova, from Renoir to Matisse and Picasso. From the museum it is possible to walk on the famous track on the roof, where FIAT cars were tested. 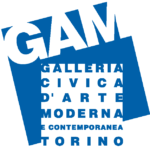 The collection of the Gallery is made up of around 45,000 works including paintings, sculptures, installations and photos, as well as a rich collection of works on paper and engravings. The collections, which date from the late eighteenth century to the present day, document above all Italian art, but there are important examples of foreign art as well. This dynamic museum presents works according to different subjects while temporary exhibitions are always a must. 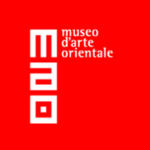 Located in the central historic “Palazzo Mazzonis”, the Oriental Art Museum is among the most recent museum institutions to fit into the already rich cultural context of Turin and houses one of the most interesting Asian artistic collections in Italy. An extraordinary and unique collection of 1,500 pieces will take you through the history of Asia and its religions, starting from Gandhara, and arriving to Islamic countries through India, China and Japan.

Museum of decorative arts was opened in 1999 by Giulio Ometto, who gave birth to Pietro Accorsi’s great dream. The museum presents 27 rooms and over three thousand works of art including paintings, ceramics, furniture, furnishings, crystals and tapestries.

It is a baroque palace built between the seventeenth and eighteenth centuries. Home of the Provana family of Druento and then of the Marquises of Barolo. Through the courtrooms you will discover the secrets of Monsù Druent, of his daughter Elena Matilda and the story of Julliette Colbert of Barolo.

Pietro Micca Museum and the Siege of Turin in 1706

There is another city in the subsoil of Turin! Under Pietro Micca Museum there are the military tunnels at 7 and 14 meters deep that during the siege of 1706 proved to be effective for the defence of the city. The museum documents the various moments of the siege and from its rooms you go down into the belly of Turin. 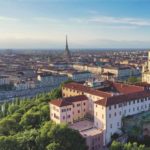 Its constitution dates back to 1874, when the Italian Alpine Club placed the “Vedetta Alpina” on the hills to observe the Alpine arc. The exhibition itinerary is divided into nine thematic areas: naturalistic-environmental aspects, traditions of the Alps, mountaineering practice, the travels of the Duke of Abruzzi. The visit ends on the splendid panoramic terrace where you can admire the Alps and the city. 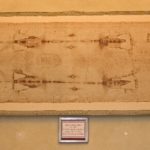 Museum of the Shroud

The Museum of the Shroud was founded in 1936 by the Confraternity of the Holy Shroud, based in the city centre. In it documents and images relating to the history of the Shroud are displayed, as well as the results of the scientific researches carried out on it.

It is located under the Cathedral of Turin, in an archaeological site where we discover the Roman origin of the area and the early Christian origin of the basilicas of the Saviour, of Saint John the Baptist and of the Virgin May of the Cathedral. The museum is rich of sacred works: pictures, votive offerings and liturgical objects.

Basilica of Mary Help of Christians and Don Bosco’s Rooms

The complex of Mary Help of Christians – Basilica di Maria Ausiliatrice- consists of the Basilica, the Pinardi Chapel and that of San Francesco di Sales. It is possible to visit Don Bosco’s rooms in order to know the history of the Saint.

The Medieval Village and Castle in Valentino Park

The Medieval Village ant its Castle are in the heart of the Valentino park. They were built in 1884 to host the General Italian Exhibition of Turin from April to October of that year.

Nineteenth-century scientific museum which has remained almost intact in its contents and layout. The museum preserves anatomical collections of anthropological and artistic interest (dry and liquid preparations, wax, papier-mâché and wood models) and collections of surgical instruments.

On display: anatomical findings, weapons, bodies of crime, objects, clothes and mortuary masks belonging to criminals who lived mainly in the nineteenth century and which were the subject of study of the famous criminologist Cesare Lombroso (1835-1909).

Collection of a thousand and more “plastic artificial fruits” moulded in the late nineteenth century by Francesco Garnier Valletti. The museum also reconstructs the analysis laboratories, the library and the office of the director of the “Agricultural Chemistry Station”, then “Experimental Institute for Plant Nutrition”.