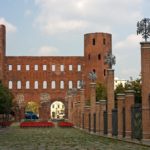 Roman Turin follows, in its urban structure, the military scheme of the Roman colonies: an almost square area, surrounded by walls, divided into a checkerboard pattern, crossed by two main arteries leading to the gates. It traces the Roman city of Julia Augusta Taurinorum, with its Access Doors, the Roman Theatre, the Walls, the Forum, the Decuman and the Cardo. Tour of about 3 hours. 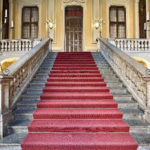 Tour to discover the three enlargements of Turin that still characterize the central heart of the city, with its well-known and lesser-known churches and palaces of the Baroque period ( 1600 – 1700). Possibility of visiting Palazzo Barolo or the ground floor apartments of Palazzo Carignano ( ticket required). Tour of about 3 hours. 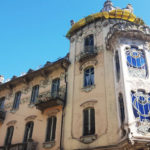 Art Nouveau in Turin is a relatively short period going from the late nineteenth-century to the first two decades of the twentieth-century, when the artistic season ended in a convergence towards eclecticism. An itinerary to discover Art Nouveau through the area called “Cit Turin”. Tour of about 2 hours. 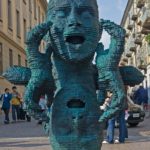 Itinerary to discover the major urban renewal and reuse of old industrial areas along the “Spina Axis”, the new large avenue of the city. The tour will be modulated according to whether you want to travel on foot or with a private bus / car. Possibility to make the tour by bicycle. Tour of about 3 hours. 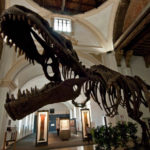 Men of Genius in Turin

A new itinerary, never seen before, to discover the scientists who made Turin great and everything that revolves around the “City of Sciences”. Entrance to one of the scientific museums or to the botanical garden, depending on the season.
Tour of about 3 hours. 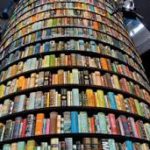 City of writers and publishers, Turin has always been a city of great intellectual fervour and still represents an important point of reference with the International Book Fair which is held every year in May. The tour will accompany you to discover the places seen and described by writers and poets, such as Edmondo de Amicis, Vittorio Alfieri, Guido Gozzano. Tour of about 2 hours. 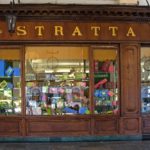 Let’s discover the city thorough the “historic cafés”. Turin first invented the cocktail hour and gianduiotto, which is our chocolate. Since the nineteenth century there has been a close relationship between people of Turin and the cafés. In fact even now there are so many and they are so different one from the other. They have been meeting points where people can discuss of politics, culture, sports and some of theme were places of conspiracy during the process of unification of Italy. These cafés are witnesses of our long history. It’s a different way to discover the city, its secrets and curious stories. Tour of about 2 hours.

Many of the movies of Dario Argento, such as “Deep Red” where shot in Turin. Let’s discover the locations together… Shivering of fear… Tour of about 2 hours (better to rent a taxi in order to reach all the locations).

Street Art and Beyond!

Turin is rich of wall murals, but also of contemporary art installations and curious monuments. Let’s discover modernity ! Tour of about 2 hours.

Visit of the monumental Cemetery of Turin

Tour of the resting place of Turin famous residents. The architecture of headstones, tombs and memorials is unique. Possibility to choose a particular subject among several proposals ( Women of Turin, Artists, Politicians…). Tour of about 2 hours.

Tour of the three main churches dedicated to the Virgin Mary